Are Sample Slabs slowly disappearing from the market? I recently looked for Sample Slab auctions at eBay and was floored by the lack of auctions. It wasn’t too long ago that there were pages of Sample Slab auctions, but not now! What’s happening?”I have spent so much time lately researching sample slabs, writing articles and, now, helping to build my new website that I have not been paying as much attention to the amount of sample slabs available for sale on eBay as I usually do.

What I am starting to notice though, is that the amount of sample slabs available for sale has dropped considerably. Now I suppose this could just be a temporary thing, but what if it is not? I have been saying that the sale of sample slabs has grown substantially and the people who are buying them are collectors. No longer are samples only being bought to resell for a few dollar profit. There is no way of knowing how many samples slab are out there for sale at any given time, but after monitoring

the sales of samples for several months now, it seems to me that we could be getting to the point were a sample slab is not such an easy thing to find. Produced in different quantity and for different reasons samples were limited in numbers and the amounts varied, we do know that sample slab quantities compared to (normal slabs) are very small.. Samples that were handed out to the public could number as high as 1000 produced, luncheon samples could be as few as 50, other samples that ere made for other reasons could be as few as 20.

Here are some quotes from an article I wrote on July 30, 2011: “Right now the samples I see selling most often are as follows: The 1964 and 1964-D Roosevelt dime The 1964 Kennedy silver Half dollar, The 1921 Morgan Silver Dollar, the 1922 and 1923 Peace Silver Dollars, and many State Quarters, just to name a few.””Now by no means am I trying to say that Sample Slabs will run out as that wouldn’t be true. But what I am saying is that with the samples I’ve seen listed, they are going to become harder to find. More and more people are becoming interested in the hobby and are holding onto their samples.” 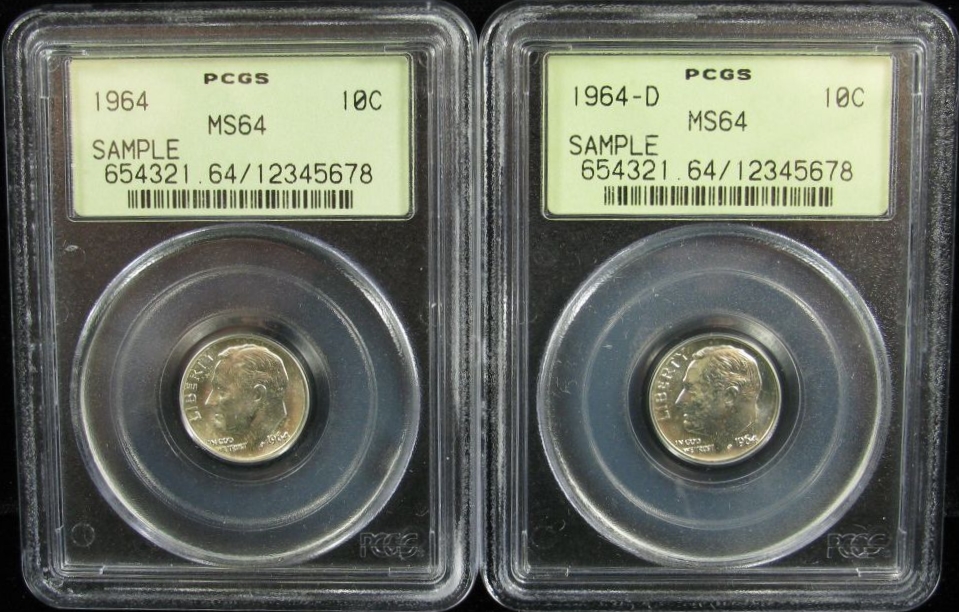 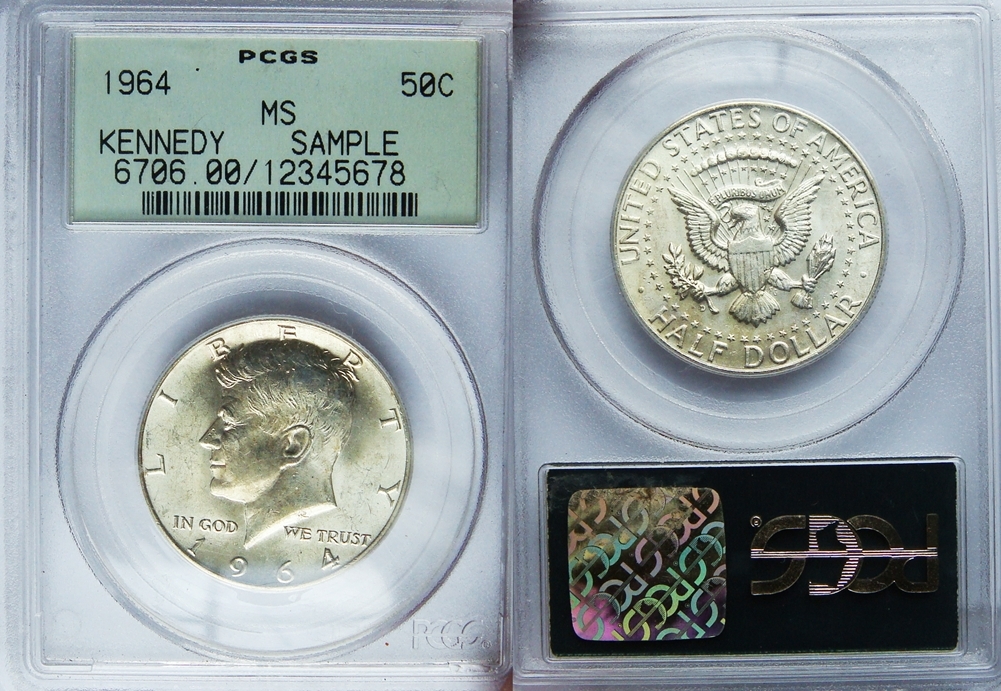 After searching for sample slabs this week, it seems to me that samples are indeed becoming harder to find. When I first wrote those quotes, the availability of sample slabs were plentiful, but my words seem to be coming true as I am quite shocked with what I am seeing for sale as of late. Now, could this just be a lull in an otherwise busy market? I just don’t know, over the past few month there were dozens of samples that sold and those were just the ones I was able to find and track 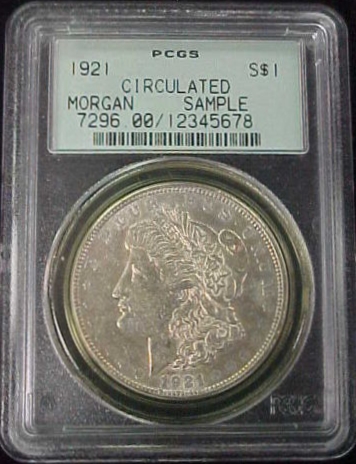 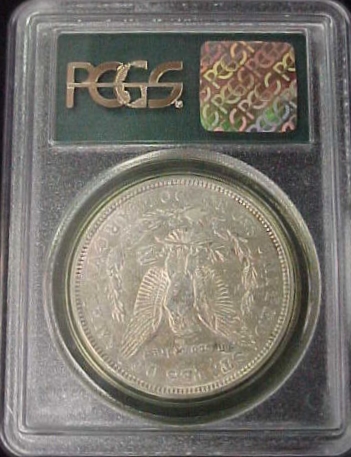 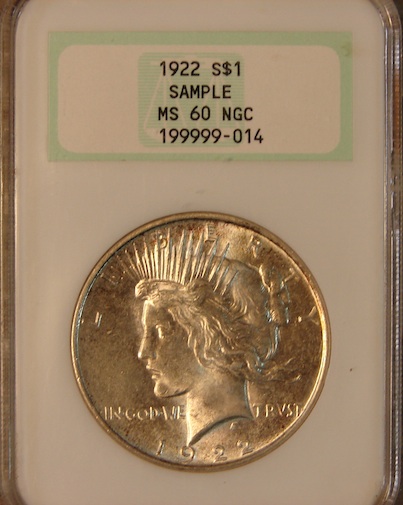 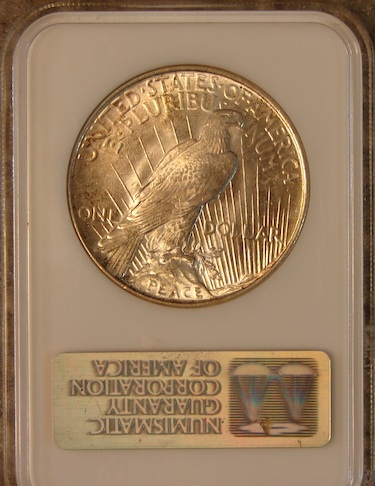 I must admit I am a bit surprised with the amount of samples being offered for sale over the past few weeks, it seems like the market just dried up! Or have we become so used to seeing so many for sale. With the limited amount of sample slabs that were produced and all the new collectors out there has it finally reached a point that we will now have to really look for sample slab?. If nothing else, though, it will make the hobby all the more interesting, even exciting as we now are going to have to hunt for our sample slabs

Now, once again, it is the thrill of the hunt to get that sample and not just a matter of finding a page full on eBay and hoping we win the auction. I think this is going to be the start of a very exciting time in the history of samples slab collecting The hobby has gone through some high points in the past where sample sales rose as did premiums, but it always seemed to slow down again. Just waiting for the next big rush. I don’t think this is the case now, I do think that the amount of collectors has grown and

from what I have been seeing, collectors are willing to pay some very large premiums to get the sample slabs they want. Since the beginning of the slabbed coin, samples were being produced often, as each company made changes to their holders for one reason or the other. Competition was high and everyone wanted the best holder for their customers.

I don’t think these things have changed, but the amount of new samples being produced has. We are not seeing the drastic changes in holders as most have been refined to the point where the customer is happy and so are the grading companies, I think the biggest change to come along in a while has been the side view holder.There are still lots of samples out there, and there will always be someone willing to sell samples to the highest bidder. The chances of finding a bargain will also decline, as we are not seeing pages full of samples for sale as we have in the past.

Could all this be temporary? I suppose so, but I some how doubt that. After watching eBay pages full of samples of all types for the past several months and now seeing these same pages with only five or six samples for sale, I think this is going to continue.

On a side note; I would like to give a big thank you to my good friend Megan

Megan does all my proofreading and corrections and makes my life so much easier.

When it comes to coin, buy the coin, not the holder.

When it comes to sample slabs, buy the holder, not the coin 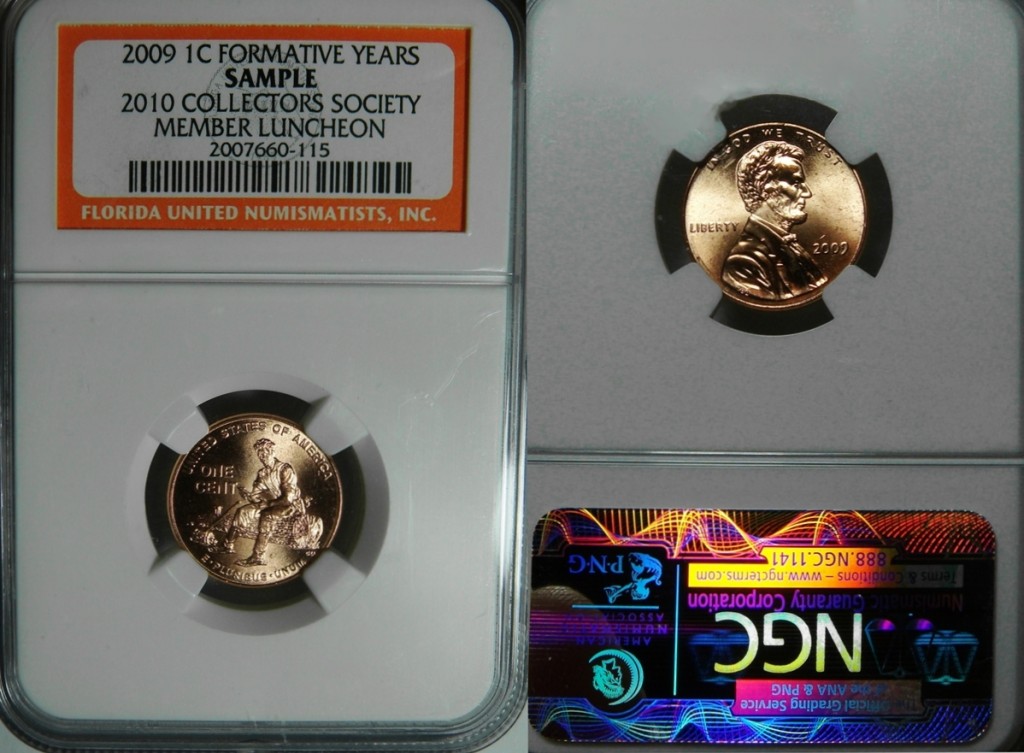 This month from NGC, a 2010 Collectors Society Member Luncheon Sample Slab. With a 2009 Formative years Penny inside, These are some of the most sought after samples of all, reason being they are usually produced in very small quantity of about 50. This one was a gift from a good friend and I feel very luck to own it, as they are hard to find and command a high premium as well.

I really appreciate your comments. Please take a moment and  sign up.

I look forward to hearing from you.

1 thought on “Where Have All The Samples Gone?”