Looking back, I can’t believe it has been over a year since I started writing articles on sample slabs.  Much has changed in this time, for one thing, I truly believe that samples are finding their place in the world of numismatics and are being taken more seriously. The premiums being paid for samples are a testament to that.  After watching sample slab sales this past year, I am sure that we are witnessing some of the highest premiums ever paid.

After countless hours researching samples, monitoring sales, talking to some very knowledgeable collectors and now opening a website devoted to sample slabs, it has been a very busy year.  Now I have started working on a new project: ” Sample Value Price Charts” for all the main TPG services on my website.

When it comes to coins, there is just so much information for the collector, but this is not so for the sample slabs collectors. The value charts will take time and will be an ongoing project, but as the charts grow and fill with data, it will give the sample slab collector an idea of what a sample has sold for in the past and if there are several of the same sample, this will be providing even more valuable information.

Here are some samples that have sold over the past few months, it shows the difference in price between two of the same sample slabs: 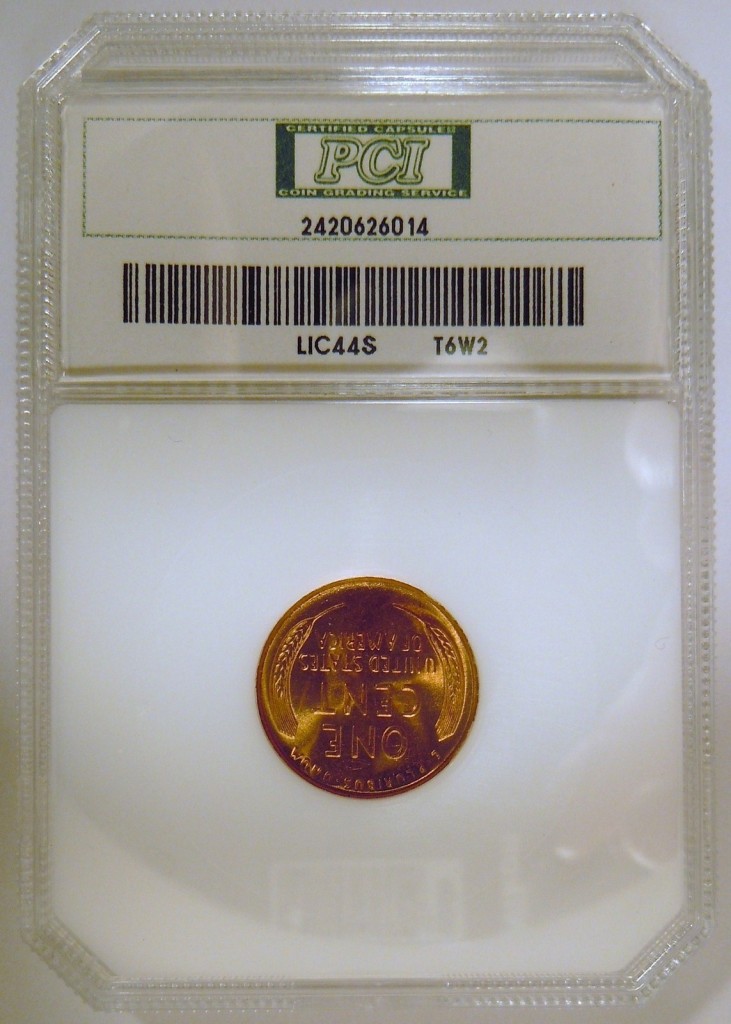 Who would have thought that this sample from PCI that was handed out at the 1993 Long Beach show would have sold for a staggering $255.00? I, for one, would not! The same sample sold a few weeks later for $77.00 –  quite a difference. This is where the value charts will come in handy so the collector can see that this sample has sold for more than one price. 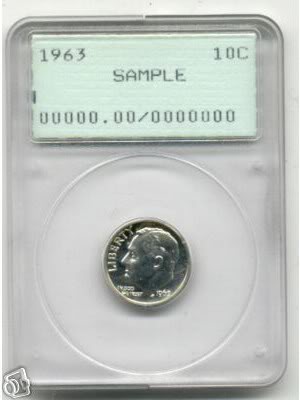 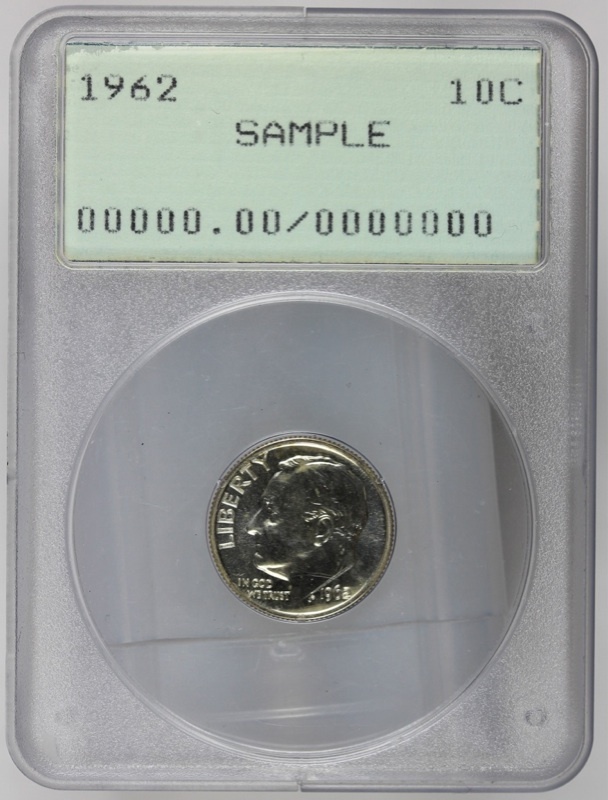 Here we have two of the same samples with different dates. When it comes to these first generation PCGS samples, I don’t think the dates are an issue, The one difference is the 1962 is a proof and the 1963 is a Mint state, but they are all very hard to find and all will carry a high premium. Again the collector has an idea that these samples have sold for more than one price and has that knowledge to make their own average of what the sample is worth to them.

I have copied a small part of the PCGS sample value chart for you to look at. The whole chart took a lot of time and research to put together and I hope, over time, that the value charts will grow and include many types of samples sold. That is the whole point of the charts: to give the collector the chance to see what the sample they want to buy has sold for in the past.  All the charts can be found under the heading of “Sample Value Charts” at the top of the page.

These charts can also be of help to collectors who have some samples they want to sell, they can be used as a guide to see how many samples have sold in the past and for how much. This will give them an idea of what to expect when selling their samples.

Sample Slab of the month 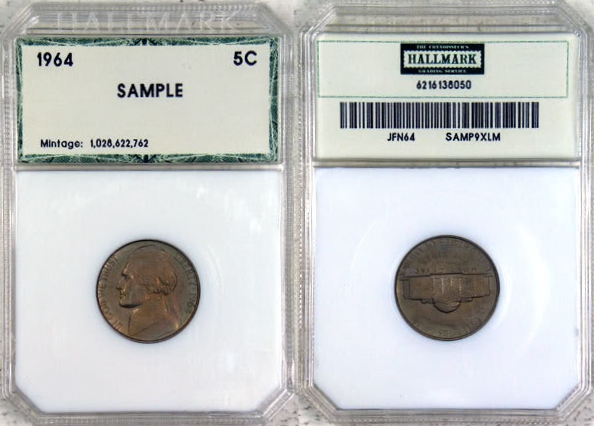 This month we have a sample that is rarely seen, it was produced by Hallmark, they graded coins from 1987 to 1991 when they closed their doors and were sold. When Hallmark was sold all of the slabs labels and molds went with it, and where eventually sold to PCI who kept the slabs pretty much the same. This would be a wonderful sample to own.

1 thought on “Looking Back over the past year”