Back in October of 2011, I wrote an article called “World Sample Slabs and the Coins Inside,” I had decided to use some ICG world samples in my article, as they seem very hard to find, I also thought them to be quite interesting and wanted to find out more about them.

Shortly after the article was published, I received an email from a gentleman he had read my article and offered to send me the exact production number for each one of the ICG world sample slabs, along with the year they were produced. I was very pleased to have this valuable information, as it is probably the most important thing to know when researching sample slabs.

He also sent me all the pictures you see in this article. Well, he kept his word and sent me the exact production amount of every sample in the set. He not only gave me the amount

minted for each sample, he also asked for my address and told me he would like me to have a complete set of these amazing world samples slabs. Now, that, I did not see coming and I was really taken aback when he told me they were in the mail.

A week or so later the parcel with a complete set of ICG world samples arrived! Needless to say, I was amazed at his generosity. He also told me the story of how these world samples came to be in the first place.

The reason these coins became world samples is a long one, so I will cut it and use what I think is necessary to fill in the story. These slabs were originally to be customized and used as a promotion for this gentleman’s business.

He had given ICG the coins and a payment with instructions as to what to put on each insert, this was late in 2005, and they were to be delivered to him at the Long beach show in 2006 to be given out at the show and on eBay to his buyers. After the coins had been submitted to ICG there was a policy change within the company,

ICG was no longer going to produce sample slabs for individual dealer’s..  Now this was not in any way because of this submission. Since ICG already had the coins and he had a good relationship with some people at ICG they, instead, decided to produce “Coins of the World” and gave them to him for free. Since they did not promote his business, but rather ICG, only a small amount of these World samples were ever given out.

There have been some that made their way onto eBay in the past few years, this gentleman is still in possession of half the original production run. He also told me “I list them very occasionally when I have other sample slabs to sell on eBay”

This is how he had all the information on each sample minted. It is always so much more interesting to have a sample or coin that comes with a story attached to it these World samples definitely fall into that category

with you, as world coin are not often seen when it comes to sample slabs. As I said, this gentleman supplied all the coins for these sample slabs, that alone must have been a huge challenge. Obtaining all the different coins from so many different countries, finding the same year for each coin, and the same condition as well, this must have been quite an undertaking!

Here is the break down of all the 200 sample slabs

The only sample with mainly circulated coins is the 1949 Israel Pruta, all the others are generally choice Unc. Here we have all the quantity for each sample produced.

There have been several world samples produced by different TPG; however, these ICG sample slabs have the pedigree, as far as I know, of   being the only set of world sample slabs ever made. This alone makes them a very desirable sample to have in any collection and one to keep your eyes opened for.

Because we are talking about World sample slabs, I thought it would be the perfect time to say “Hello” to all the people who log on to this website from so many different countries. It is just a matter of pressing a link and I can see what countries have logged on from all over the world. I must admit I was shocked to see how many people from so many different countries logged on to this sample slab website.

Here is a list of Countries that visited this website just over the last month or so: U.S., Canada, U.K., Vietnam, Taiwan, Sweden, Singapore, Russia, Philippines, Netherlands, Luxembourg, Latvia, Japan, India, Greece, Germany, Bangladesh, and Australia. It is very exciting when you realize just how far this website can travel. It is also very gratifying for me to see this as well. The collecting of sample slabs is not just becoming popular in North America, from what I see it is slowly being enjoyed in several different countries all over the world.

Just so I make myself clear, the amount of hits I receive from other countries are very small in comparison to the U.S. or Canada. It is still fascinating though when I see 5 hits in one day from countries like ” Taiwan” or “Australia,” for example. I hope you enjoy these world sample slabs below as they are something very special with some beautiful coins inside each sample.

(Click on the picture and it will enlarge to full size) 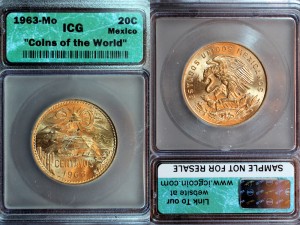 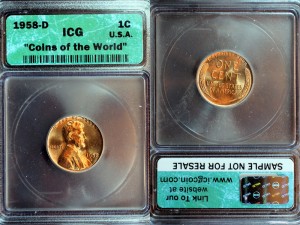 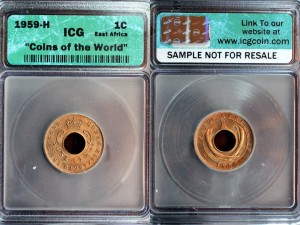 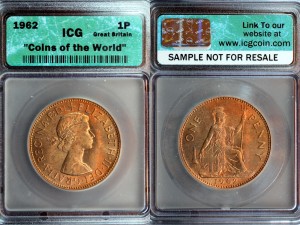 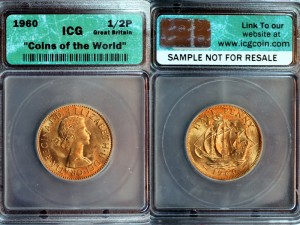 I think it is also a very good time to say “Thank you” to all the collectors who read my articles and post comments on all the different coin forums I belong to. I am so happy that people enjoy and appreciate the amount of research that goes into each article. Also thank you for all the encouragement you give me.

To all my readers in North America and around the world: it would be amazing if you would sign up so you can leave comments and give me an idea of what sample slabs you all collect. Please take the time to sign up and post your message. Thank you so much.

Sample of the Month 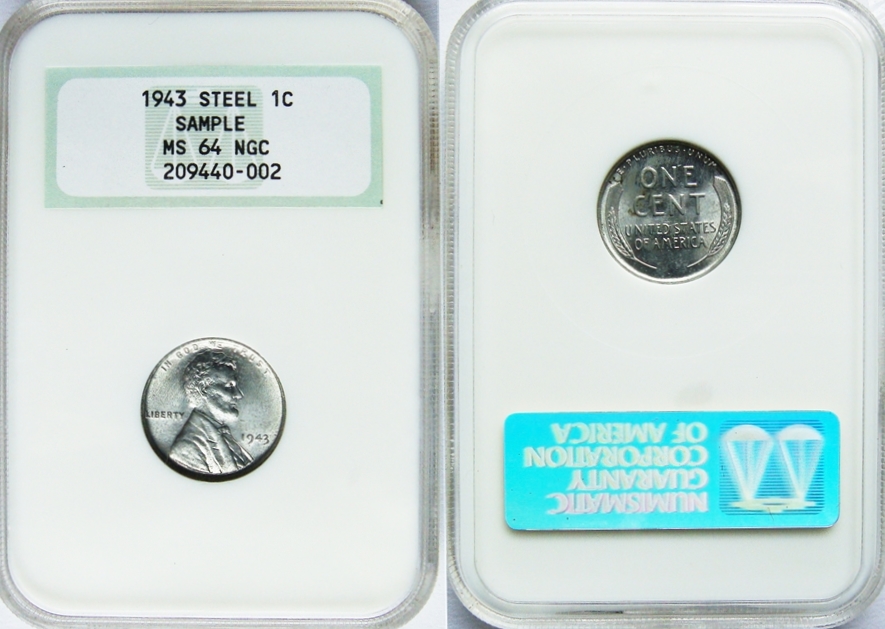 3 thoughts on “ICG Samples Coins of the World”