NGC was started a short time after PCGS and they have been in competition with each other ever since. With both companies offering the same service and their own high quality holders. It seems to me that it all comes down to the individual and what their preferences are. 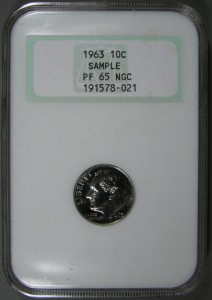 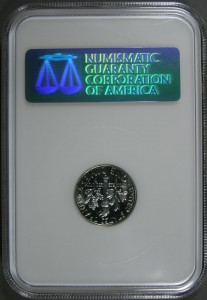 Here we have one of  the first generation  sample slab produced by NGC, it does not have a grade and is using the typical coin for that time period. It has a green border and you may have the same sample with a brown border, reason being we know no that all NGC borders were brown. The problem with the colour was when exposed to sun light some of the brown colour faded to this colour of green. What you will also notice, is that NGC has a hologram on the back if their holders. 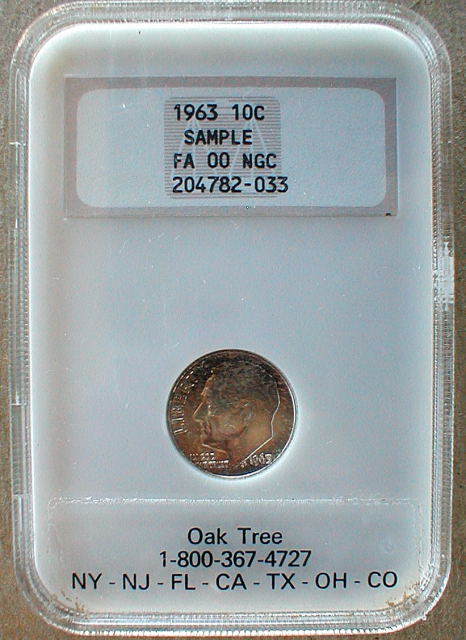 Another first generation  NGC sample, as you can see these samples were intended to not only show off the holder, but also advertize Oak Tree. Unlike the sample above this has FA OO NGC where the grade would usually be, there are several different types of First generation samples. 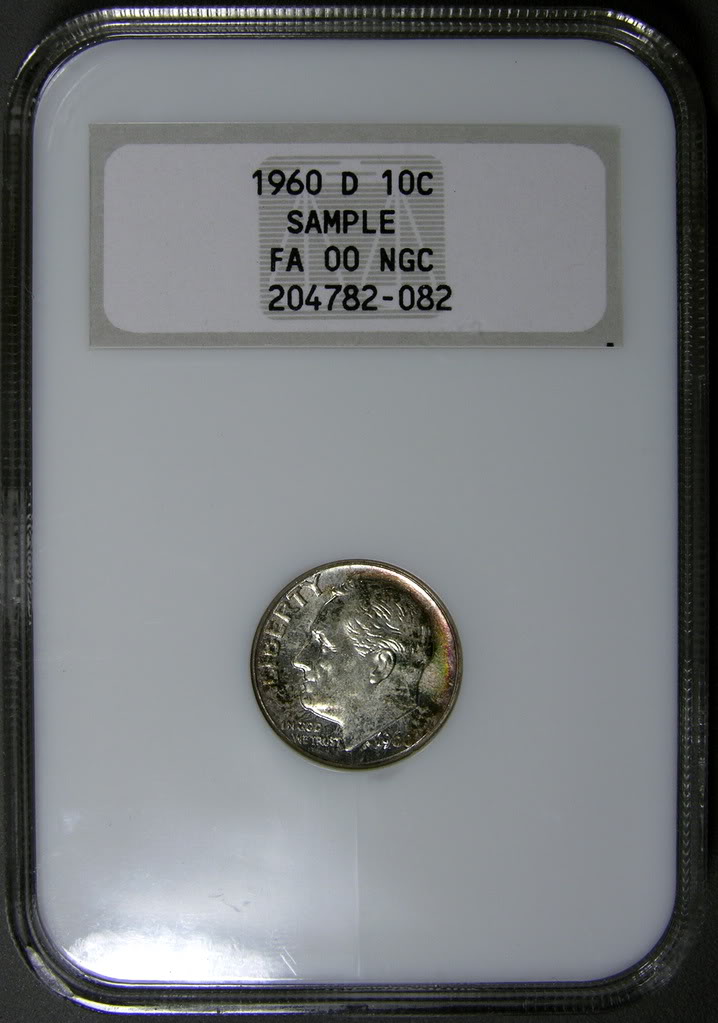 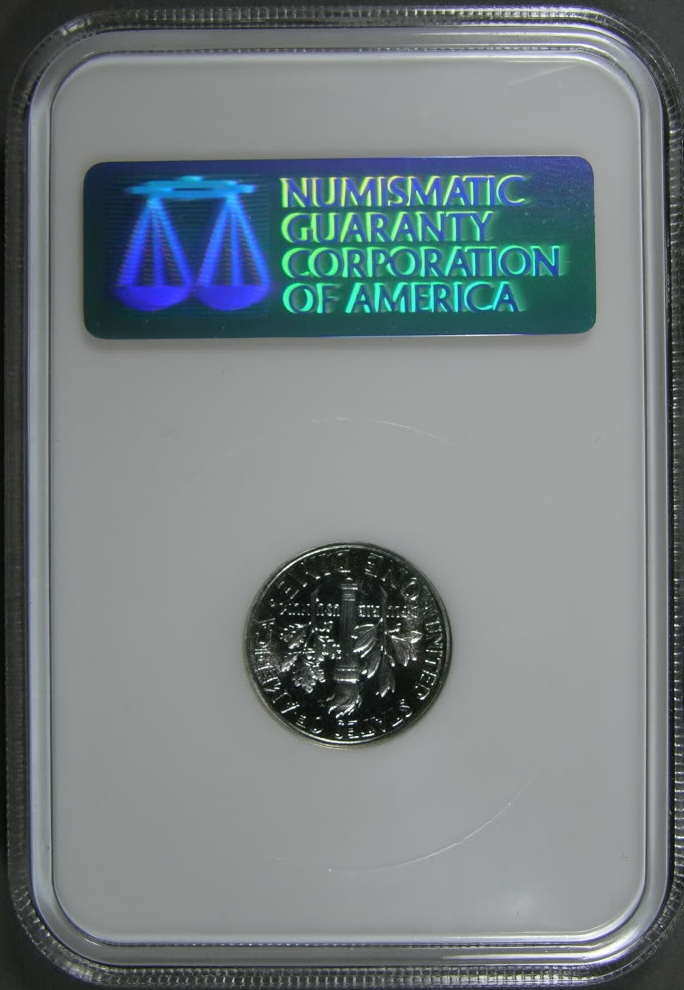 NGC produced a lot of samples during the first few years of business, this is the next generation sample to be produced. As you can see this sample has FA 00 instead of a PF 65 as the sample above. 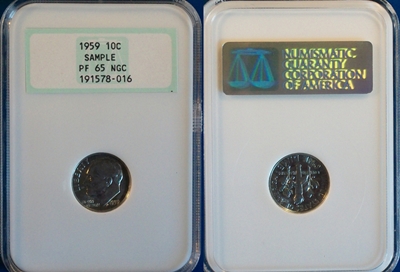 Anther first generation NGC sample slab, this one has aproof coin inside and is using the same serial number as the first sample.